Hello. I ordered a set of Kraken antennae for static mount from Arrow Antennas (an array of booms + mast, 2 sets of dipoles, and a set of patch cables BNC-SMA to connect the dipoles to a scanner), and it was a huge disappointment. Firstly, there were no mounting plates in the box to connect booms to a mast, so I had to make blueprints of the plates myself and pay for laser cutting and 3d-printing to make them. Secondly, has anyone ever seen a cable like that? If I wanted to get crappy cables, I could have made them myself for free, but I doubt it would have been that bad. As far as I know, the main requirement for those cables is that they should be super-equal in terms of length so that the radio wave on receiving end would arrive in the correct phase. Well, with needles like that, it could not be attached to a socket at all (so how did they test them?), and secondly, all of the received cables are of different lengths, ± 1 cm.

So my question is how can I make those cables myself? The problem is that Arrow’s dipoles have BNC Female, otherwise I could have used your cables with SMA. So I am planning to cut those crappy SMA’s and solder & crimp new ones myself. Is it correct that they should be of equal lengths? Can I check the cables with the antenna analyzer? I have a NanoVNA with two ports, so I can try, just need to know what I should be looking for. 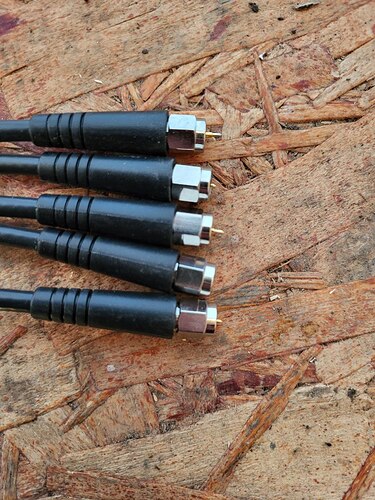 P.S. The needles are not retracting

Are those our (KrakenRF’s) cables?

Firstly, there were no mounting plates in the box to connect booms to a mast, so I had to make blueprints of the plates myself and pay for laser cutting and 3d-printing to make them.

In the kit from Arrow Antennas there should have been two plates where you sandwich the boom between them. If you didn’t get them I’m surprised that you didn’t contact them to let them know? I’m sure he would have sent you them.

Secondly, has anyone ever seen a cable like that?

Arrow Antennas appears to have a no hassle refund policy within 90 Days of the purchase date.

Also, review the Assembly Checklist on page 2 and make sure you have everything. It looks like a mast and a mount should have been included as well.

I wrote them on the 1st of January and wrote 2 more emails afterward, but they haven’t replied. I live in Eastern Europe, so it would have taken a few more weeks at least for plates to reach me, of course, if they would have read their emails.

Yep, those cables are from Arrow and I am disappointed. Your cables are great and I would rather use them, but Arrow antennas have BNC, not SMA. So I want to fix Arrow cables myself. Could you please tell me what are the cable requirements? Should they be of equal length? Could you give a hint on how to measure them to check they are OK?

No, those are made by Arrow Antennas, but I want to fix them myself (I do not live in the USA and this is kind of urgent), just do not know what are the cable requirements (so that the signal arrives in the same phase, etc.) apart of not being assembled by someone who has crab claws instead of hands.

@DrunkP Do you have a VNA?

@KrakenRF Yes, I have NanoVna and I can get a NanoVna v2 from a friend if needed

We measure the length of each cable with a NanoVNA. After the cable is measured, it is placed in a group of identical cables (as measured in millimeters).

This video explains how to make those measurements. 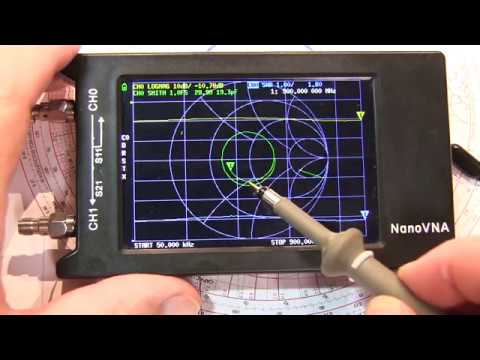 So the package you got form Arrow was missing both circular mounting plates, and the mast? But it came with the 3d printed part, boom arms and dipoles?

I’ll talk to Arrow see if we can figure out what went wrong. We don’t want to be recommending them if things like this are going wrong, but as far as I’ve seen this is only the first issue I’ve heard about Arrow.

@KrakenRF has already replied regarding making cable measurements. Just in addition to length being equal, make sure the cables are all made from the same spool. Even if its the same cable type there are often differences between spools that result in phase mismatches.

What frequency are you working with? At the lower end of frequencies the cable requirements relax a bit at you can get away with ± 1cm. They become stricter in the upper 800 + MHz regions where you’ll want to start thinking about ± 5mm or better.

You could also try straight SMA to BNC adapters if you have our cables.

Regarding the package from Arrow: it missed both plates, plastic cone things to attach cables to plates, another thingy to attach the first boom to a mast, and had no nuts nor bolts. It had 5 booms, a mast, 2 sets of dipoles and 5 patch cables, thats all.

Due to urgency, I made those plates myself using data from the Arrow website, they mentioned that radius of the farthest hole in a boom is 80cm, so knowing the size of a boom the rest was simple, a bit of blueprinting and laser cutting. But I lost a week until the new plates were ready.

To be fair, yesterday Arrow have finally replied and made a refund for the bad patch cables.

Thank you for the measurement instructions and requirements.